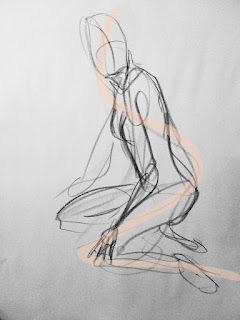 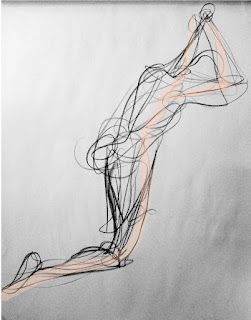 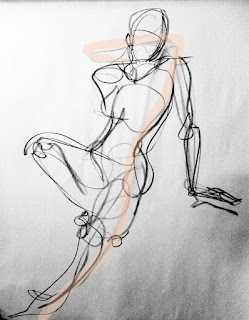 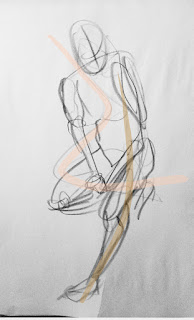 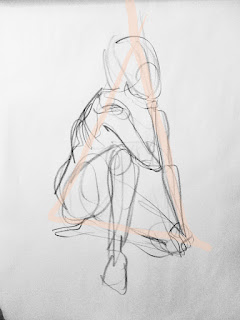 Ta-Daaaa! It's a contest entry!

Here's the final submission from my blog post last month about the Captain Canuck 35th anniversary art contst. I knew going into this that I wanted to do an old-school homage rather than a reinvention. As mentioned in my earlier post, I wanted something with drama, and picked as the theme of my entry what is probably the most dramatic and tragic moment in the character's history. This also meant that I already knew a bunch of the elements that needed to show up, i.e. a hit from behind; some hostages, some nuclear threat, and somewhere in the panel the gun that is going to show up again and be used later in the story. I put the camera angle way off kilter to really pump up how much the ground has just been yanked out from under Captain Canuck, what with his own partner being the mole he'd been looking for.
I also knew that I wanted to draw this as an interior page, not a cover. So that influenced the positioning of the elements on the page. I knew that as an additional homage to the 1970s origins, I'd letter by hand, so the sound effect and dialogue balloons were part of the composition from the beginning.
Originally I had Blue Fox monologuing a bit, but in the end I felt that took away too much from the dramatic tension of the moment, and it really wasn't needed. But in my head, on the previous page is the "bwah-ha-ha, little did you know..." villain speech, and  the "bwah-ha-ha, I've got you where I want you now, and here's my evil plan" speech is on the next page. 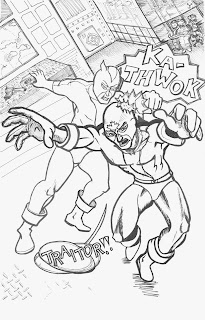 I thought about going back in and cleaning up my pencil work a bit,  but since I was doing my own inks here I figured I'd just jump right to it and do the cleaning and inking at the same time.
I inked this in a combination of Micron Pigma pens (size 03, 05 and 1) a Staedtler Lumocolor (which I usually only use for drawing on film or animation cels, but it was handy and the right thickness), and my trusty Pentel pocket penbrush. My pocket penbrush is one of my favourite things I have. It's part cartridge pen, part paintbrush, and all awesome. It's actually a bristle brush, not just a marker shaped like a brush, and it's refillable. 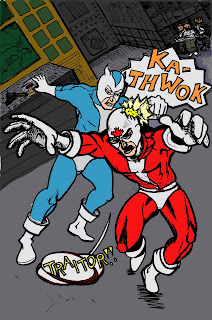 As this is an homage to a 70's event, I decided to keep the tech advanced but consistent with the era, so I used the murky brown walls and the green screens for the computer displays. I kept the backgrounds dark, similar in values, and slightly desaturated so that the main characters would really pop. I also added a touch more light and dark contrast for the elements that were important to the plot, ie the hostages, the big bad button, and the gun.  Finally, I kept the colours for the two main characters fairly pure. I'm okay with the way it turned out. It's not great, and of course I don't expect to win any prizes for this, unless they end up having a "thanks for participating" prize. But in the end, I produced something that I'm not embarassed that it's going to be put in front of Richard Comely. So I'll chalk that up in the "win" column.

In the meantime, I'm registered for anatomy and pencilling classes with the Toronto Cartoonists Workshop. I figure I'm about one course away from not sucking at drawing. Which is pretty good progress.
Posted by Unknown at 11:05 PM No comments: 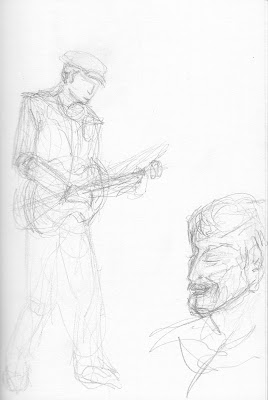 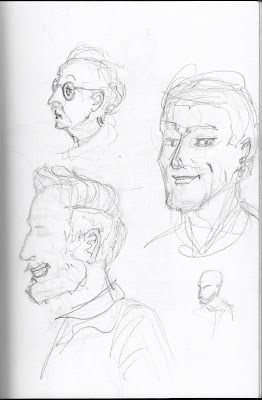 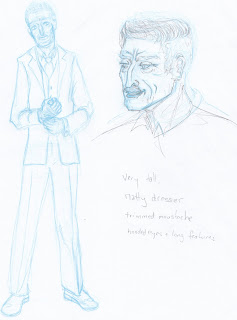 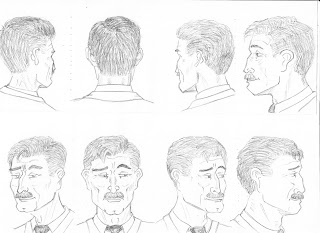 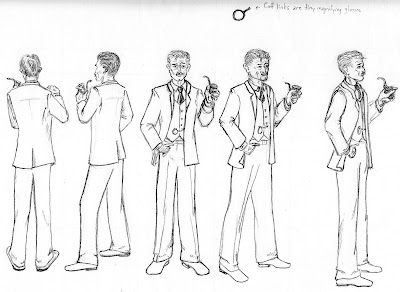 I'm completely tickled that the first image I had in mind ended up making it into the project. And hey, Other Dude, I hope you don't mind that you're now a comic book character in a continuing series.
Posted by Unknown at 8:54 PM No comments: