Well here we are at the end of the year. It's been quite a ride. I've done a sketch every day, which have ranged from atrocious to pretty good.


The full year's sketches - even the bad ones - are posted on deviantArt in my Daily Sketches gallery.
And for those of you who really want to check out my personal hall of shame, there's the Blooper Reel gallery. Because I'm secure enough to laugh at my own mistakes.
Here are my favourites by month, and a little bit about why I like them.
January
Immortus - I llike how the hands turned out. 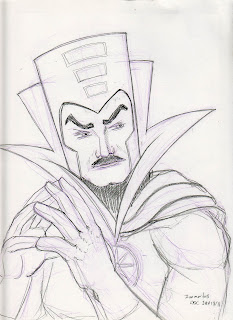 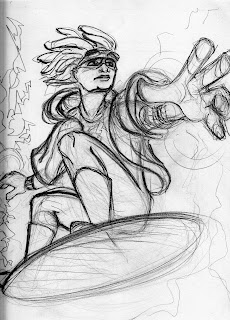 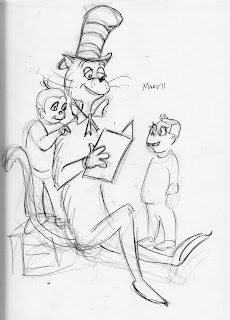 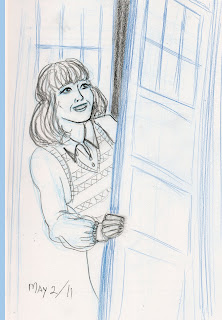 May
Daredevil - I just like the energy of it 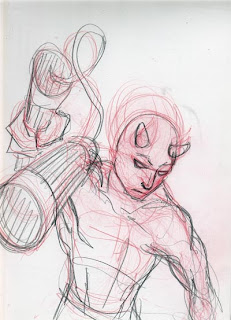 June
Concrete - Liked the mood of it. I was also satisfied with the texture. 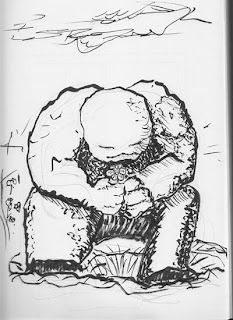 July
Man-Thing - This one's all about the textures. 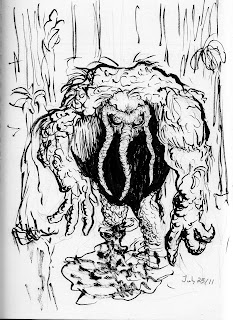 August
Nightwing - I like the energy, and had enough fun with it to come back later and drop in a bit of colour. 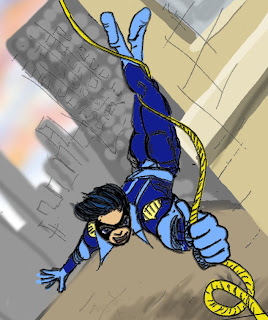 September
Black Panther - I picked a really hard pose, and like the way it turned out. 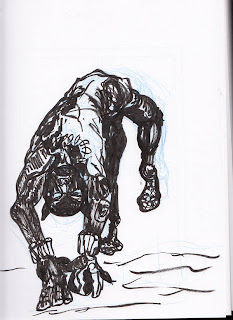 October
Giant Monster - another one that is all about the textures 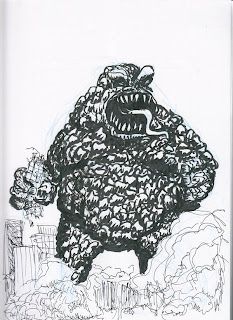 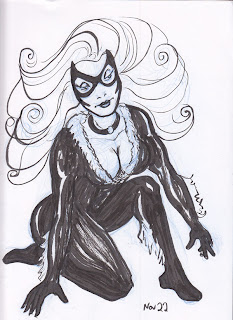 December
Samwise Gamgee
This is not only my favourite from December, but also my favourite for the whole year. Everything just clicked for me that day. 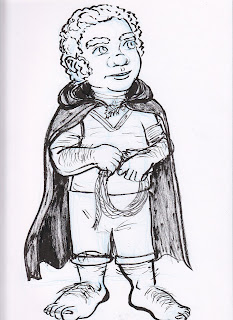 As an artist, sometimes it's OK to copy someone else's work.
WHAAAT?!?
No, seriously.
Let me explain.
Copying is part of the learning process.
All artists are, at some level, still art students. And everyone can learn something from someone.


Copying saves you repeating mistakes, or reinventing the wheel.

Anything you're struggling with, someone out there has already solved the problem.

When you're stuck on something and can't figure out why your drawings aren't working, or even if there is just something you want to improve, find examples of how it has been done well, and copy them. I wanted to improve my figure work, and the use of hatch lines to indicate dimensionality and light direction. So I copied this drawing by Jacopo Chimenti. 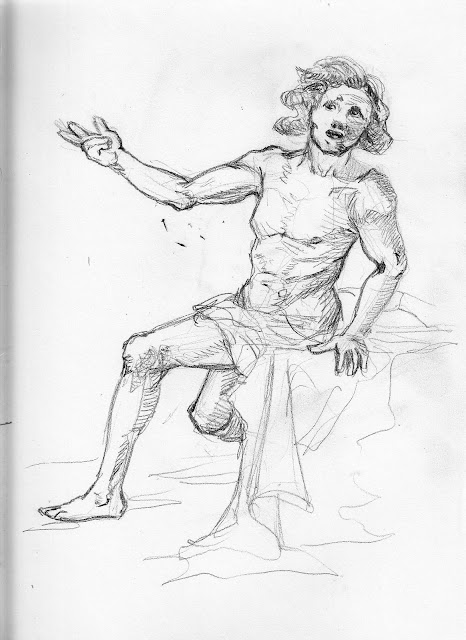 A few points about copying as learning:
1. Credit your source.
Even if it's just notes in your sketchbook and you never intend to show it to anyone else, make a note of where you found the original, in case you want to refer back to it later. But absolutely, remember that you're not making your own art, you're studying someone else's to learn how to apply a technique or solve a visual problem. Because that is where the line is between copying and plagarism, and they are not (as far as I'm concerned) the same thing. 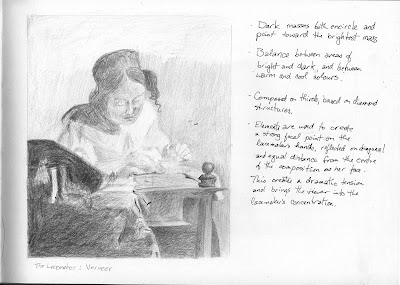 2. Analyse and understand what it is you're copying.
Break a good composition or narrative down to its elemental parts to figure out why it works, and how you can use that information to make your own work better. Make notes. Pay attention. Don't just be a human photocopier. 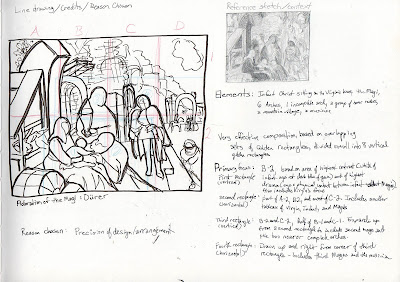 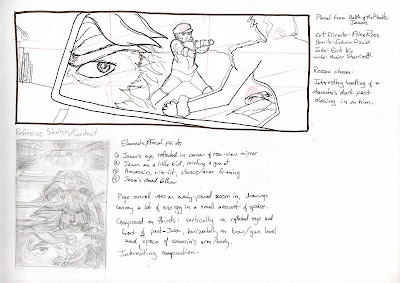 3. What the analysis means to you, is what it means.
I know that I have had people analyse my writing or art and interpret it in ways I never intended, or even imagined it could be interpreted. And yes, when you're analyzing someone else's artwork you might be putting words in their mouth. For the purposes of this learning experience, don't worry about whether you're "right" or "wrong" compared with the original creator's intent. Don't let that hang you up, because it's what you learned, not what they said, that you'll be bringing to your own art. You'll be using the things you learned to make your own statement, and you'll have a whole new set of tools to do it.
And that's when it moves from copying to creating.
Posted by Unknown at 9:42 PM 2 comments: